Mik Artskjid is a Dutch, Amsterdam based Artist.

My work is based on the mythology of stories, feature films and 3D-video games. I want to discover in reality, the romantic, magical, seemingly nonexistent or on the contrary hyperrealistic world I experience through these media. Sometimes I need to travel to achieve this, as I did in Finse, Norway, where I collected material to recreate the polar explorer’s world of the early 20th century. Or on Samothraki, the island of the gods, where I created my own myth.  However, it often suffices to remain closer to home and observe my day to day environment with a fresh eye.

Nature, landcapes and the way they are influenced by culture, are recurring themes in my work. By means of photography, film, installations and story telling, I aim to reveal the magic of reality and simultaneously show the omnipresence of the narratives of film and other media.

I take pictures as if making films. Every photograph invites the viewer to step into the world imagined, and to create a story of their own. 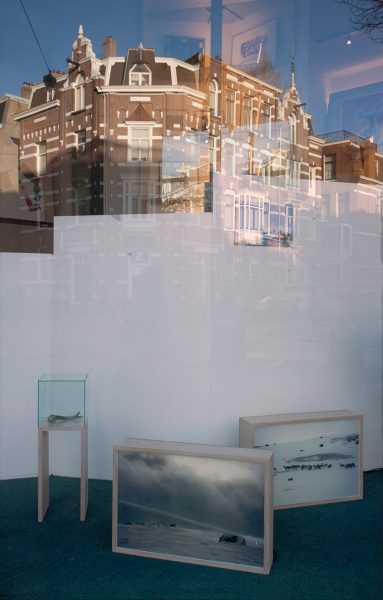